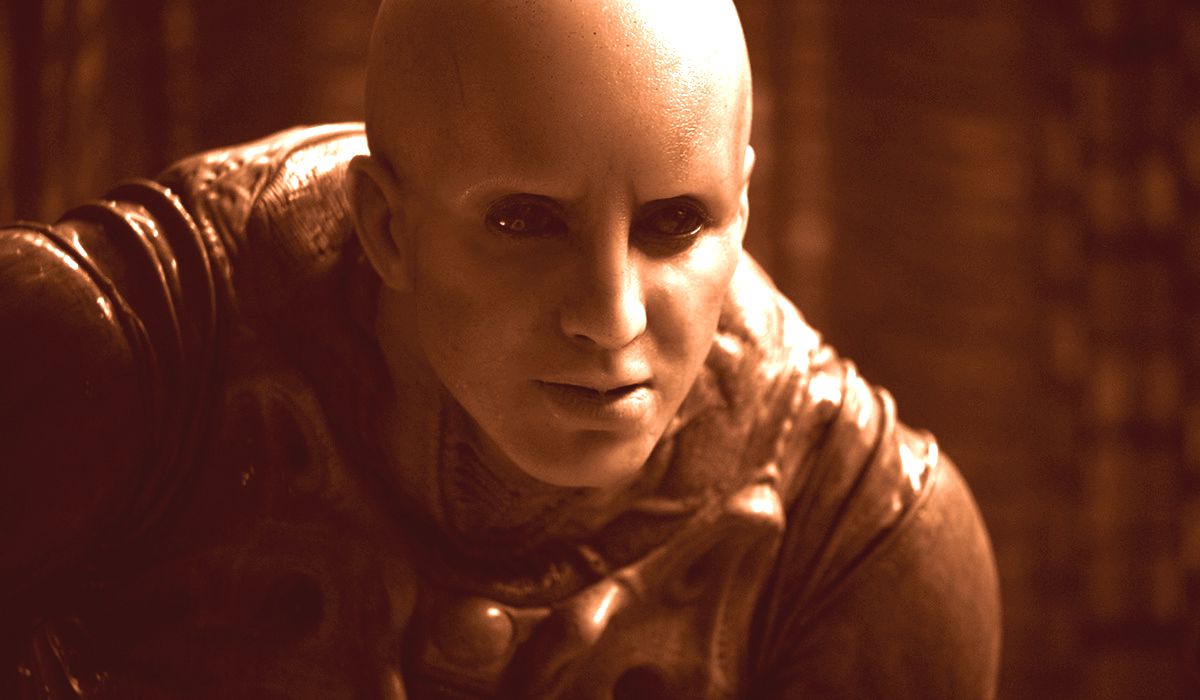 I was expecting a lot from Prometheus being a fan of Ridley Scott’s films, especially the 1979 classic Alien. Prior to seeing the movie I read several negative opening reviews. These reviewers were irritated and even livid over certain theological and philosophical concepts presented in the film. In other words, I had to see it! Sure enough, there were a few interesting tidbits worthy of a blog or two. A scene in the movie reminded me of how the typical proponent of unguided Darwinism has a real problem with ultimate origins.

The story is about a team sent out to an unexplored world to investigate the possibility of extraterrestrials who allegedly visited the Earth long ago. Two scientists on the mission believe these visitors seeded life on Earth and thus were responsible for our existence. Called Engineers in the movie, these aliens were essentially Intelligent Designers. After the scientists presented their theory, one of the biologists in the audience seemed rather put off by the whole idea. He raised the following question: So are we just going to discount three centuries of Darwinism? Apparently he was ready to defend Darwinian evolution from these IDers. On the surface, I’m not sure there is any incompatibility between the visitation of the Engineers and unqualified Darwinism. Perhaps the biologist was smuggling in an assumption or two.

The central theme in Prometheus is fairly new to Hollywood even though it was served up in the 2000 movie Mission to Mars, albeit then with a bit more lactose. But exogenesis, the idea life on Earth came from outer space, is nothing new. The more refined theory of Directed Panspermia really introduces the engineering element we see in the movie Prometheus. This idea was popularized by 20th-century scientists including Carl Sagan and the Nobel Prize winning molecular biologist Francis Crick. Crick’s exposition of the DNA led him and others to conclude there is a significant bootstrapping problem. Abiogenesis, the emergence of living organisms from nonliving matter, appeared too improbable to some and they wondered how it all got started. Well, they surmised basic life was seeded here by extraterrestrials. Of course this does little to resolve the problem – it just pushes it further into space and into the past. If life cannot begin sans intelligence on our privileged planet, why should we think it would happen elsewhere in the universe?

So where is the rub for the Darwinist? What’s wrong with an intelligent origin of life given Darwinism? The heavily tattooed bong-hitting character Fifield seemed to find the whole idea incredible in the movie. When it comes to Directed Panspermia, I would have to agree. On the other hand, maybe he and others are carrying a hidden assumption: Darwinian evolution is unguided and its explanatory scope will eventually extend to origins. On this view, we will discover life began by material processes without the need for any kind of intelligence. Now this is where I think some Darwinists have backed themselves into a corner leaving only two options, neither of which are tenable:

The first option is a fallacious appeal to ignorance. Science of the gaps is no better than god of the gaps when it is used to assert one’s position. It is one thing to say science has been fruitful and given time it will reach a verdict (P or ~P). It’s quite another thing to say the verdict will be that P. The second option conjures up images of folks like Michael Ruse hand-waving stories of life beginning on the backs of crystals. Can a rational proponent of unguided Darwinism really just ignore the immense challenge abiogenesis theories face? I guess some can. Others end up holding out for science to fall favorably upon their faith. The rest are left to fantastical ideas like Directed Panspermia which make for a good movie, but not something I have enough faith to believe in.