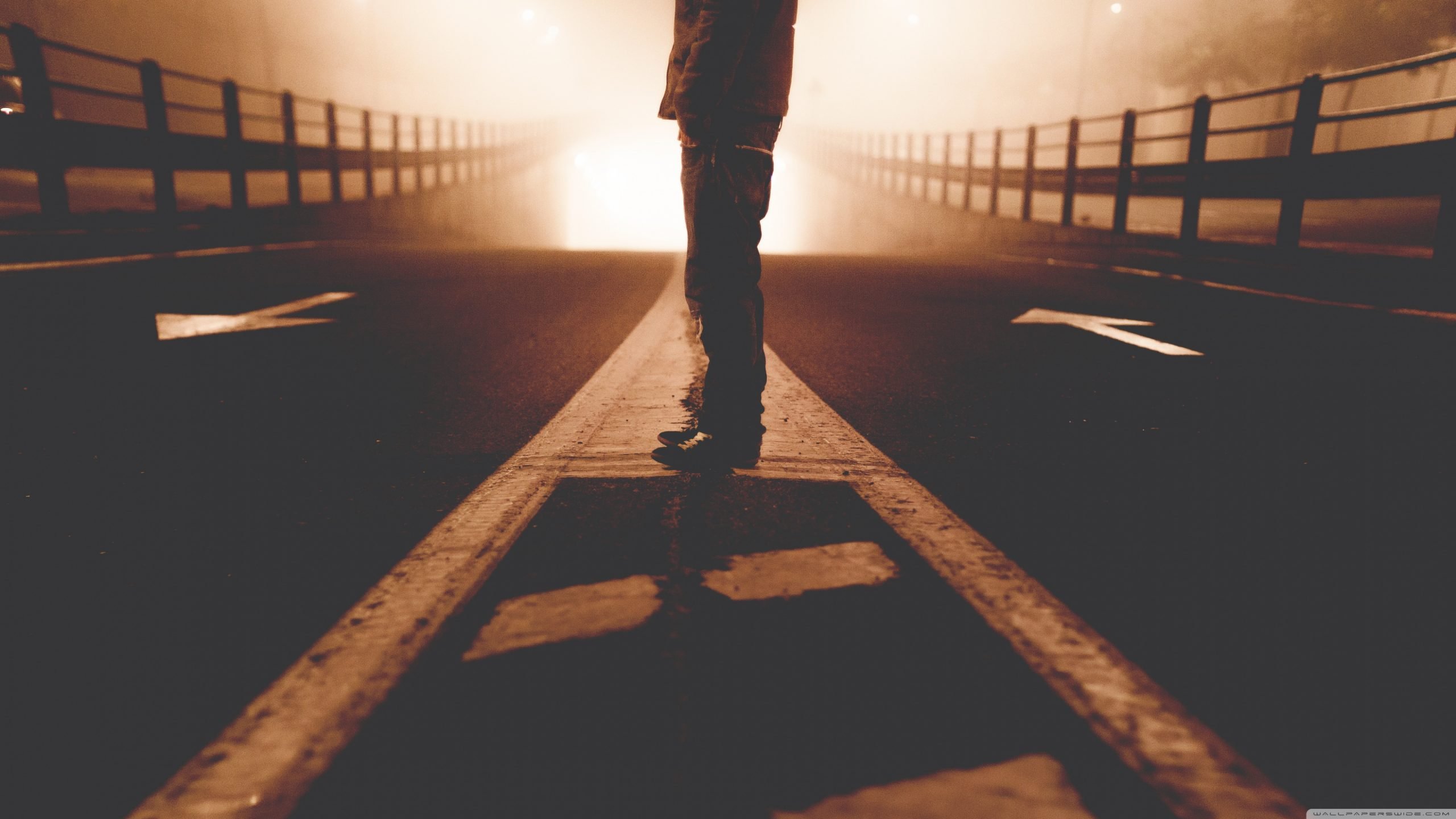 What is objective morality? To answer this question, let’s start with what objective means given the word’s versatility. In philosophy, objective refers to existence apart from perception. An object independent of perception does not change with our feelings, interpretations, or prejudices. Applied to moral values; if they are objective, then they are discovered, not invented. Contrast this with subjective moral values which change from person to person, culture to culture, etc. If morality is objective, it is reasonable to ask: What is the mind-independent basis for objective morality and is this basis sufficiently binding? In other words, it is not enough to show some external ground for morality and then subjectively link that grounding with obligation. An obligation to a particular ethical system must also transcend personal preference.

On Christianity, moral values have their objective and universal basis in the immutable nature of God. He neither arbitrarily created the moral law, nor is there an external moral domain in which God is subject. Moral values are, because of who God is. Now there is a common misconception where it is thought all monotheists, such as Christians, are moral objectivists and all non-monotheists (agnostics, atheists, pantheists, etc.) are moral relativists. That is not the case. Whether an individual position is tenable or not; there are plenty of worldviews where it is thought morality finds its objectivity in something other than God. Some believe man’s survival is the objective foundation for ethics. The new atheists point to human flourishing. There are environmentalists who think the perpetuation of the earth’s biosphere is an objective foundation. Some eastern religions believe in a sort of platonic realm which is the source of our moral perceptions. So it’s safe to say all sorts of worldviews hold a belief in objective morality.

But are all of these various claims of objectivity binding? Take human self-interest as an objective foundation for ethics. I would argue there is a certain arbitrariness involved where the subscribers to this view subjectively decided human self-interest (which is real and objective) is universally binding. Compare this with our hypothetical environmentalist. Let’s say he is in favor of sterilizing the entire African continent because the cost incurred by the population is worth the benefit to the biosphere. So one group sees self-interest, and the libertarian right to be left alone, trumping an uncertain future for the biosphere. The other views things to the contrary. Who will adjudicate between these views and on what objective basis? You cannot appeal to the rule of the land because might does not necessarily make right. If country A holds the biosphere above people and invades and sterilizes country B who holds the individual higher, was country A’s act morally permissible? You and I might say the hypothetical act of Country A is wrong, but there would have to be an overriding ethic to make such a claim.

This leads us to the moral nihilist who rejects the objectivity of morality altogether. Michael Ruse, who teaches in my hometown at Florida State University, appears to agree with moral nihilism or at best sees survival as an objective basis:

Morality is a biological adaptation no less than are hands and feet and teeth…Considered as a rationally justifiable set of claims about an objective something, ethics is illusory. I appreciate that when somebody says ‘Love they neighbor as thyself,’ they think they are referring above and beyond themselves…Nevertheless…such reference is truly without foundation. Morality is just an aid to survival and reproduction…and any deeper meaning is illusory…[1]

If we are all chance-configured bags of atoms equipped with meat computers doing our best to survive on an insignificant planet orbiting one of three hundred sextillion stars in a universe winding down to heat-death, then Ruse makes sense. If I were an atheist, I would adopt moral nihilism and try to be a good person for utilitarian reasons (not to say as a Christian I do not make utilitarian choices.) So I agree, without God, there is no binding objective basis for morality.

Then there are those who opt out of this discussion altogether and simply claim to navigate moral waters by being reasonable and rational. Yet history shows this can be a misleading approach and few materialists would argue Nazi scientists lacked the cognitive faculty for moral reasoning. In the interest of brevity, consider the conclusion by atheist Kai Neilson who said it well: “Pure practical reason, even with a good knowledge of the facts, will not take you to morality.” Those who claim to make moral judgments by just being reasonable are not being very articulate. For example, if someone asks you how to lose weight; you might say exercise and smaller portions are reasonable choices, but to merely say you should act reasonably does not really answer the question. Surely reason plays a part, but something else is needed to get you to morality.

But what about those who claim a divine basis for objective morality is problematic. Religious groups argue, disagree, and fight with each other; all in the name of objective moral values handed down from on high. Even within a single religious camp, there is some disagreement about what is objectively right and wrong. Take the death penalty. Some Christians feel as I do that the Bible paints a clear narrative where man should not usurp God’s authority on when life begins and ends. Abortion, euthanasia and the death penalty are all morally wrong from my understanding. However, other Christians accept a pro-death-penalty exegesis of Scripture. Who’s right in the mind of God? Well, I think I am, but maybe I’m wrong! Critics confuse the epistemic problem (the knowing) with the ontological problem (the reality) and miss the point. God’s moral position on the death penalty is the correct one. Instead of sticking our heads in the sand because there is occasional disagreement, we ought to continually devote ourselves to understanding God’s position. If the God of Christianity does not exist, it’s senseless to point to ethical misunderstandings in the Church. It would make as much sense to argue about the worldwide chimney damage caused by Santa Claus. If the Christian God does exist, then this sort of critique is just a red herring.

God is the greatest conceivable being, creator of all things, and locus of moral value. Mere created man does not get to decide if the moral values grounded in His nature are binding. As volitional creatures, we only get to decide if we are going to adhere to those values or not. In all other ethical systems, there is personal preference. Subjectivity is involved if it is human flourishing, self-interest, a green planet, or that which creates the most pleasure, happiness, profit, etc. There is no universally binding obligation to abide by these systems. If one system rejects the virtue of self-sacrifice based on the objective principle of man’s self-interest, why should I be obligated by this system and act selfishly? Some would say we have no choice but to abide by human self-interest since we are human. But this only makes sense if a man is the measure of all things. If a hyper-intelligent race of aliens were to come through our solar system and consume the entire human population like we consume cattle, would this be wrong? Who will adjudicate and on what objective basis?

In conclusion; universally binding objective moral values exist if and only if God exists.[2] Those who see objectivity apart from God, subjectively assign an obligatory value to the object of perception. When we see these systems in conflict and must appeal to a higher ethic, it should raise doubt about their status. If we live in the atheist’s material universe, then there is no ultimate justice or final moral consequence. At death, all of our moral choices in life become irrelevant. Legacy does not help to resolve the problem. Once we are dead, the deep sleep of non-existence dissolves time and space leaving no gap between now and the mass extinction of man when the universe reaches maximum entropy. But if the Christian God exists, then our relationship to Him is essential to moral obligation. From a divine-command standpoint, as consequence approaches eternity, obligation approaches infinity. From a divine-nature perspective, we can know what is good, because we know He is good. And if we love Him, we will want to do what He commands. (John 14:23)