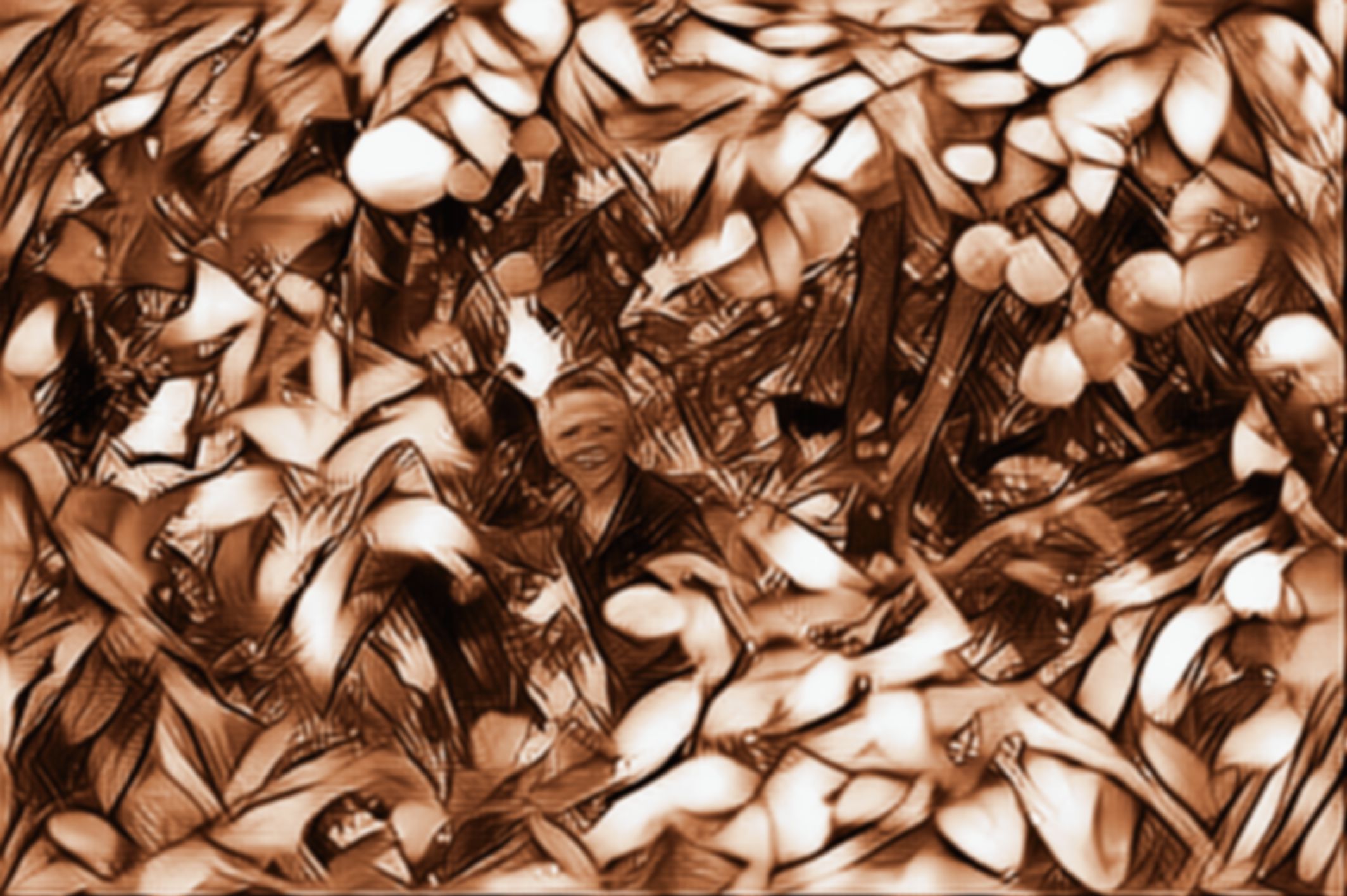 We moved into a cinderblock house in Largo, Florida, when I was six. Though my bedroom was tiny and the ceiling low, it was mine. The place was full of holes inviting rats and spiders the size of your fist. Yet it was situated on a large lot with plenty of room for kids to play and to build a fenced area for our German Shepherd. Mom stayed at home, and dad ran a Sir Pizza franchise. My brother Matt and I were strangers in a neighborhood with a single dirt road down the middle. Nina street was the epicenter of adventure; it was ground-zero for numerous escapades. Over a roughly seven-year period, a small band of little punks raised havoc so memorable, I felt it should be recorded.

Matt and I never wore shoes. We owned them, of course; I just don’t recall ever wearing them. Yet, it’s easy to revive images from fifty years ago of dirty feet and the occasional injury from a broken seashell. Largo is relatively close to the west coast of central Florida. Everywhere the sand was an off-white color, not much greyer than the beach. You could walk all day, and the effort to clean your feet at the end of it was surprisingly low. But that was hardly a consolation to the parents of any hopeful new friends we met.

We were often refused entry and told to wait outside. At that time in the 1970s, our parents’ divorce created a fair bit of scandal and reduced us to unshoed pariahs. Yet, as I reflect, I don’t recall feeling the least bit concerned about what adults thought of us. At seven, I just wanted friends to ride bikes and explore the woods with. But for the first few months, it was only my brother and me. The other kids on the block were either too old or too mean.

Behind our home were endless wooded acres interspersed with grapefruit trees, survivors from an old grove. I still remember how excited I was by the prospect of unlimited grapefruits. One of our first days outside after moving in had my brother and me up in a tree with a kitchen knife in hand. We gorged ourselves and climbed down, impressed, having eaten nine grapefruits between the two of us. Later that day, we both got sick and suffered canker sores for a week. We learned the hard way; grapefruits are to be eaten sparingly.

One cold winter night, in the low 50s, we pranked cars at the edge of headlight range. We hid behind bushes on our property a hundred or so feet from a turn on Nina street. We put our winter coats on backward, the hoods up over our faces—Colonel Sanders masks on the backs of our heads. We then walked out from the bushes, backward, towards the vehicles. It’s hard to visualize how hilarious this looks, and trying to describe it now will not do the visual justice. Still, we laughed so hard, our stomachs hurt.

Matt and I were master-climbers. Pine, live oaks, and eucalyptus were all accessible and scalable to the wiry Hearn boys. One night Matt and I climbed a live oak that extended over Nina street near a stop sign to a side road. A few houses down were the Cramers. The two boys that lived there were meaner than snakes, and their parents, no better. A Florida storm approached while we sat in the tree. We knew rain was on the way. Right before climbing down, we saw the headlights of a car coming from the Cramers. Just as they stopped directly under us, Matt decided to simulate the rain on their windshield. I tried to get him to stop, but that’s not easy to do when laughing. The car just sat there until the driver finally turned on the wipers and proceeded onto Nina. I’ve often wondered if they were surprised how it only rained under the tree.

Our dog Bo was brilliant. After a few days in the pen, he learned to lift the latch with his nose. The latch had a hole for a padlock, so we placed a large bolt through it to keep Bo from getting out. One afternoon, Kenny Cramer came onto our property with a large rock in his hand. Upon chasing us with the threat of bodily injury, Bo determined this was an exceptional circumstance requiring action. He pulled the bolt out with his teeth, lifted the latch, chased down Kenny, and bit him on the rear end. The boy ran home crying, and a visit from the Sheriff later that day had us worried Bo was going to be taken away. However, after the full story came out, he was exonerated. But the Cramer boys had it out for us after that.

I was terrified of Kenny. He was older, meaner, and heavier. For several weeks I dreaded getting off the bus at the end of a school day. There was a good chance I would get a beating from Kenny. I don’t recall the number of fights or bloody noses, but this chapter ended just like it does in the movies. We all have a breaking point, a line that, when crossed, opens a new behavioral paradigm. I don’t remember anything special about the day; it was just another encounter with Kenny at the bus stop. But I do remember feeling like I had nothing to lose. I went completely berserk on him until he was red-faced and crying on the ground. The other kids were disturbed by my performance as they pulled me off of him. It was the last time I was bullied by Kenny Cramer.

A few months later, I met my best friend, Sam. His family was from Tennessee, and they had just finished a stucco home about a 5-minute walk away. I was out after dark and about to ride home on my Schwinn bike when Sam’s brother Matt met me out on Nina street. “We are going to be your friends!” declared Matt. He was only half right. Over the next few years, I ended up in more fistfights with that guy than anyone else. But his brother and I did become great friends. I learned then, one ought to doubt a new neighbor’s declaration when stated urgent and confident.

Sam was a year older than me and taller. Although we both loved legos and tuning in radio stations from far off, we preferred the outdoors. We built forts together, connected by an elaborate trail system. Sam documented the trails and used our custom cipher to encode names and locations. We explored all of the woods and the area known today as Walsingham Reservoir. But soon, exploration turned to pranks. Knowledge of territory, at some point, must be put to use.

After mowing the yard, we would take a large pile of cut grass and tie it into a bundle shaped like a bear-sized Pacman. We would make two otherworldly eyes from aluminum foil and bind a clear fishing line to the beast. The creature was hidden behind cover across Nina street. The line ran across the road to a pulley (usually a branch at a tree base). From there, it would go up into the tree where we could pull the beast on-demand and undercover. Then, after dark, we would wait for car headlights to appear up the road. At the opportune moment, we’d yank the line. The elasticity caused the beast to move in lurches, adding a realistic effect. Most cars would stop several yards away and wait patiently for it to move on. Some tried to run it over. Either way, it was hilarity in the extreme.

A ball of grass did not hold our interests forever. We eventually progressed from basic geometry to the human form. Bodies in the street became our favorite prank. Borrowing clothes from the hamper, we would fill the pants and shirt with cut grass. A baseball cap obscured the head made from anything remotely spherical. At night, we would lay out our mannequin on Nina with a rusty bicycle nearby for effect. This poor soul had a knockout spill. We would then wait for our mark’s headlights to come over the palmetto bushes. This gave us a brief warning to find cover — close cover, to observe. On one rainy occasion, a driver rushed to the aid of our fakery only to proclaim to those in the car: “Ah, it’s just a dummy!”

Just like every other youthful pleasure, things inevitably move to extremes. The bodies became draggable. They were set to flames. At some point, we decided everyone who lived on Nina street knew perfectly well what was going on and who was behind it. But instead of giving up, we moved our operations to repeat afresh in an area the gang despised. Our precious woods, full of grapefruit trees, were leveled to make way for cheap, tiny, stucco homes packed in like sardines. This housing project was labeled the New Neighborhood, and we hated everything about it.

One day Matt, Sam, and I explored a newly completed home scheduled for an open house in the New Neighborhood. While we were inside, we heard the front door open. A realtor came in to give a walkthrough to a couple. Matt and Sam wisely bolted out the backdoor. I was stuck in the master bedroom. I had nowhere to run, so I retreated to a corner in the back of the master closet. Within seconds, the couple was shown the spacious ten-by-ten bedroom. The closet door slid to one side, and fortunately, the right side. No one ever sticks their head into a closet when looking at a house they probably aren’t going to buy. After they left, I escaped unnoticed.

As we got older, Sam and I got more interested in technical things. We both loved shortwave radio, and my grandfather had given me a 5-tube Hallicrafter. Of course, a shortwave needs an antenna. Several of us built a massive monstrosity of scrap metal and rebar right up next to my house. It was the size of a palm tree and even resembled one. To this day, I cannot fathom how my mom allowed this. It was huge; it was ugly. Even worse, it didn’t work. As is often the case with young nerds, the imagination runs far beyond technical ability and physical reality.

Right after Star Wars came out in 1977, we moved to a small central Florida town in the middle of nowhere. It was a sad day. I was leaving a place with many good memories and my best friend, Sam. I wasn’t going to miss the bugs, especially the ones in my room. But I definitely missed the adventures outside, the pranks, and the spying. Visiting two generations later is disappointing. Today Pinellas County is all blacktop and neighborhoods from bay to Gulf. Only the Walsingham Reservoir park remains as a green area. Contemporary kids from this region will never know what we experienced on Nina street.