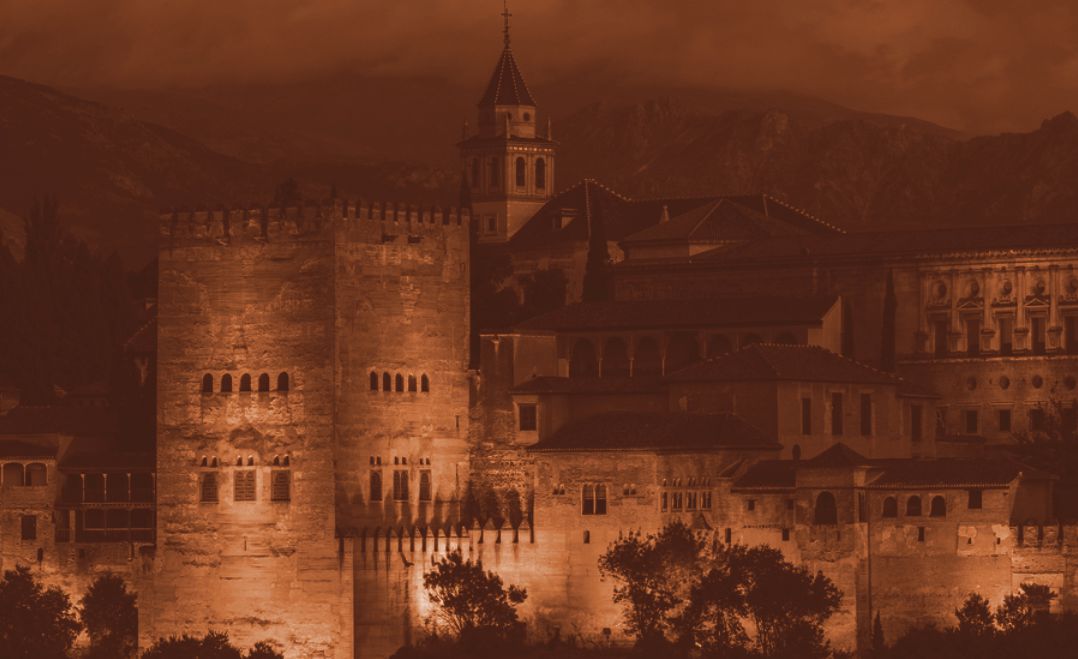 I’m guessing it all started with Peter and The Wolf as a child. I loved the music and how each character was represented by a different instrument. Most of my family were aficionados growing up. Grandfather allegedly had the most extensive classical collection in Muncie, Indiana. I’m not sure how that was determined. My mom plays the piano by ear as well as my uncle, who has perfect pitch. My brother studied music for the trumpet. But I didn’t pursue music at all. I wanted to be an electronic engineer from the age of ten and just didn’t have time for it. But I loved to listen.

My grandfather liked the Spanish composers, and I still remember his home filled with flamenco and classics such as Asturias by Albéniz. But it was a trip to Spain at thirteen where I discovered some of the most beautiful music I had ever heard. We were visiting the old Moorish fortress called The Alhambra, and our room was located next to a Muslim school for boys. Each morning the call to prayer would play out over a loudspeaker. The strange scales were beautiful, and I immediately recognized the Moors’ influence on Spanish music. But my interest in classical music didn’t last as I entered the 80’s.

I bought my first LP in 1980, The Pleasure Principle, by Gary Numan because of his hit: Cars. How in the world could I go from the complex and beautiful to banal New Wave? Well, part of it was being a teenager. The rest was the enticing sound of electronic synthesis. Oh, there was also a beat! Synthesizers drove me to bands such as Tangerine Dream and then to Isao Tomita. And from Tomita, back to classical music. But let me take a brief detour first.

The only music I could connect with after my short interest in New Wave was Pink Floyd. I had just moved across town, and my new friend down the street was also a fan. We wore out The Wall, Wish You Were Here, and Dark Side of the Moon. I still remember sitting on my friend’s bedroom floor, repeating track after track. But then I was introduced to something groundbreaking. Riding home on the bus, a friend let me borrow the album Moving Pictures by Rush. Well, that was it. Here was a band with music every bit as complex as anything I had heard. The time changes; the rhythms; the lyrics! I was absolutely blown away. The group Yes entered the scene for me around the same time, completing the trio of high-grade music for nerds. To this day, all their work still resonates with me.

Back to Tomita. Isao Tomita was a Japanese electronic musician who created renditions of classical music. The album, The Bermuda Triangle radically changed my music interests. Two of the tracks were movements of Prokofiev’s Violin Concerto No. 1. It was, without a doubt, the most beautiful piece I had ever heard. I had no exposure to the Slovic composers growing up. When I played the parts for my grandfather, he dismissed them as “Russian.” He was not a fan of anything Russian. But I became a huge fan, and my grandfather could keep his Mozart.

Tomita also introduced me to the Impressionists Debussy and Ravel. Le Jardin Ferique (The Fairy Garden), and Clare de Lune, are probably the two most beautiful pieces from that era. I started listening and collecting from a handful of composers: Prokofiev, Ravel, Debussy, and Stravinsky. Somewhere in the mid-’90s, I switched to jazz or jazz-fusion. Chick Corea was a particular favorite. I had no idea I was about to throw everything out for the most minimalist mind-numbing genre imaginable. In the late 90s, everything for me turned to psychedelic-trance and Goa.

I’ve always been fidgety. As a child, I had something going on, like ADHD, even though that term didn’t develop until years later. My grandmother would pour me a cup of coffee the moment I walked in the door to calm me down. Perhaps it was just to get me to play chess with her. Either way, my brain-wiring is a bit off. Goa showed me how 145 to 160 BPM (beats per minute) drives most people up the wall, but calms and focuses me. I would write software for hours while listening to music that stimulated the brain at the alpha-theta transition (~8 Hz). Goa had another attraction for me: it’s Phrygian, and Persian scales brought me back to those early melodies of my youth. My interest in this sort of music continues to this day over twenty years later.

When I turned forty, I decided to write music. I couldn’t read it or play it. I picked up a guitar a few times years earlier, and it never clicked. But I was determined to write music on a computer. After fifteen years, I’m finally starting to get my head around it. Music mastering is a whole other science. Having been an electrical and software engineer professionally, I thought mastering would be a piece of cake. There’s no cake there. It’s very challenging. But now I spend more time writing than listening, and I love it. I have no delusions of grandeur, I just enjoy the creative expression. Writing music is more enjoyable for me now than listening to it.