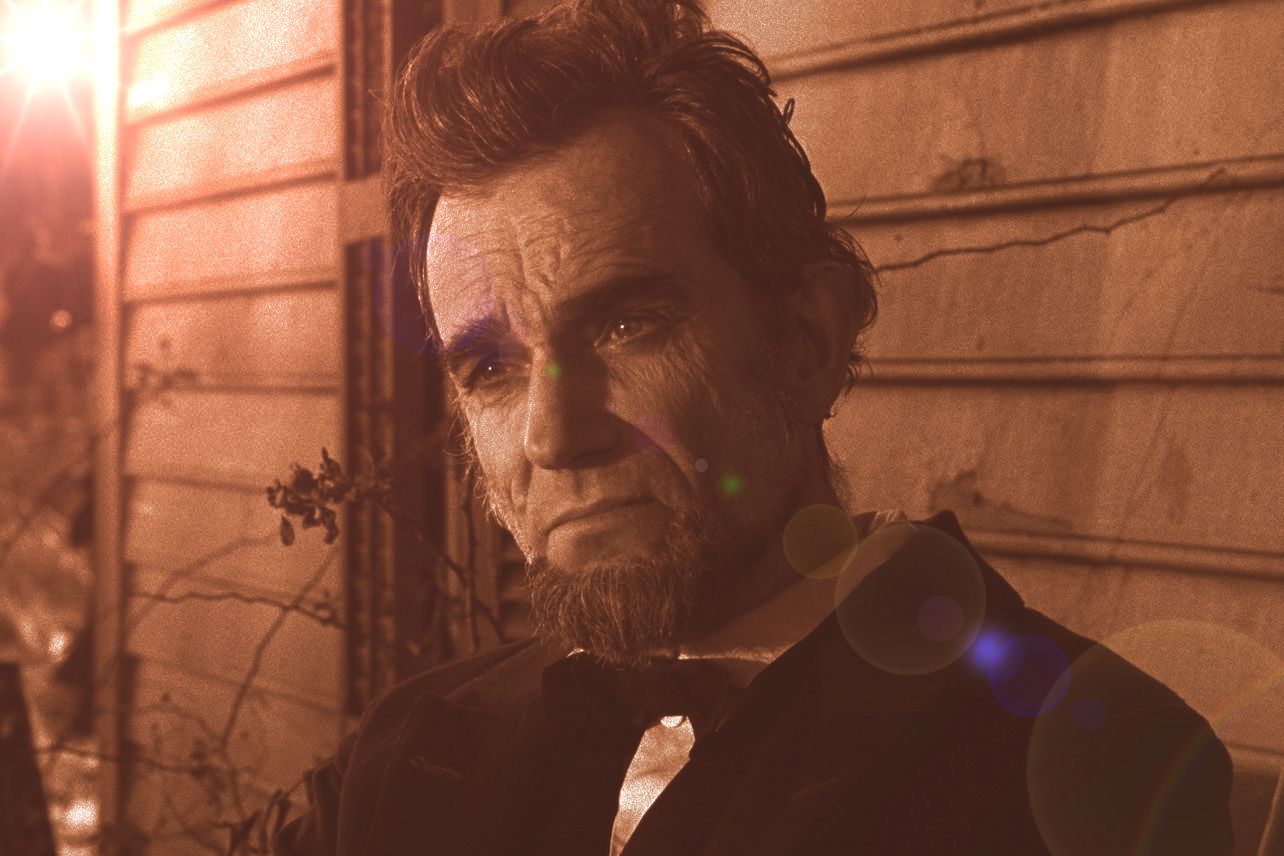 In the movie bearing his name, Daniel Day-Lewis as Lincoln makes the argument men are equal because of a two-thousand-year-old Euclidian law. This law is allegedly eye-opening regarding social justice. My jaw dropped at this point in the film. Lincoln may have had high regard for Euclid, enough to keep a copy of his work in his saddlebag, but I am fairly certain nothing like the account in the movie was ever a basis for Lincoln’s view on equality. If Lincoln had operated within a worldview of mere mathematics, mechanics and physical laws, he might have reached a very different position – and most likely not the one presented in his Gettysburg Address. (1)

So what was the argument Lincoln presented in the movie? Well, it is difficult to state clearly because the line of reasoning was convoluted. If there was a reasonable argument to parse from the script, I could not find a clear one — you had to infer it. The following lines are Lincoln’s (verbatim) from the movie:

That’s a rule of mathematical reasoning. It’s true because it works; has done and always will do. In his book, Euclid says this is “self-evident.”

You see? There it is, even in that two-thousand year old book of mechanical [sic](2) law: it is a self- evident truth that things which are equal to the same thing are equal to each other. We begin with equality. That’s the origin, isn’t it? That’s balance, that’s fairness, that’s justice.

Starting from the top: Lincoln, by way of Euclid, tells how we may determine if things are equal. For example: If each element of the set {P1, P2,…,Pn} is equal to Q (such that P1=Q, P2=Q,…,Pn = Q) then one can infer each element in the set is equal to the other elements in the set. This much is obvious. But if people, men and women of all creeds and races, are members of the set {P1, P2,…,Pn}, then what is Q? Here Lincoln has nothing to say about Q. He simply moves straight to the conclusion “We begin with equality. That’s the origin isn’t it?” Yet without addressing Q, he has proven little by way of Euclid. I challenge the reader to come up with a suitable Q – some entity all men are equal to other than themselves. In the absence of a suitable Q, on Euclid alone, we are left agnostic on the matter of our equality.

Then there were the two references to “self-evident,” both irrelevant at best and misleading at worst. Upon hearing the lines in the movie you are likely taken back a few score, as I was, to: “We hold these truths to be self-evident, that all men are created equal, that they are endowed by their Creator with certain unalienable Rights, that among these are Life, Liberty and the pursuit of Happiness.” I can’t help but think the authors of the movie were trying to conjoin in the minds of the viewers the self-evident quality of Euclid’s principle with the use of “self-evident” in the Declaration of Independence. Ironically, the modern secular mind may agree with Euclid’s principle being self-evident, but I seriously doubt it would find certain unalienable Rights, endowed by the Creator, to be self-evident.

It is no surprise, as a Christian theist, I find common ground with Lincoln on the issue of equality. We agree with Scripture that God created man in his own image. Our intrinsic value, whatever it is, is established by the Creator and we, the created, have not been given a means to discern the difference. And that of course is assuming there is any. So when Lincoln in the movie said “we begin with equality,” he at least got that right. You just don’t get there from Euclid.

I suppose there is little doubt as to why Lincoln believed all men are equal. The movie’s portrayal of his philosophy was a mere fabrication. If we take Lincoln out of his theistic worldview and drop him into one appealing solely to mathematics, mechanics and physical law, he might have sided with the Confederates. Given the philosophical influence of natural selection a few decades later, I think such a man would have fit in nicely with the Eugenicists. Survival of the fittest hardly supports equality. The only thing we can draw from nature and Euclid is inequality. As far as equality goes, I did not see the real Lincoln of history in this movie. Hollywood simply got it wrong.

[1]Four score and seven years ago our fathers brought forth on this continent a new nation, conceived in liberty, and dedicated to the proposition that all men are created equal.