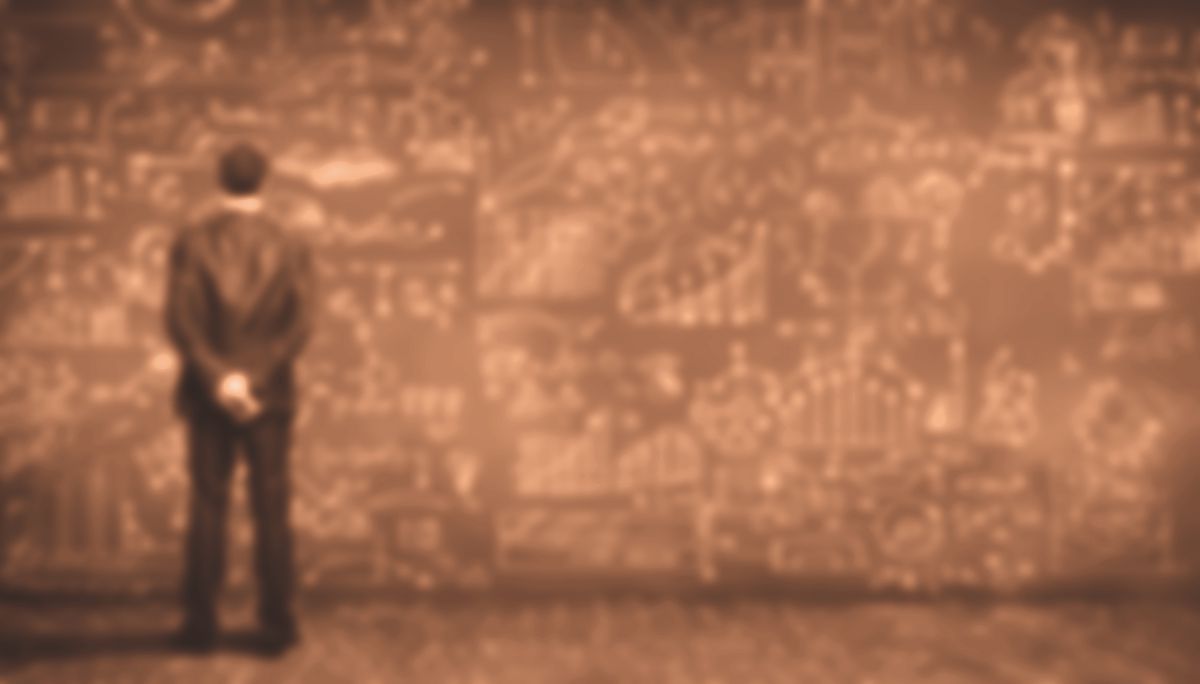 If I’ve heard the phrase “I don’t know, but I know you don’t know” once, I’ve heard it dozens of times over the years in my apologetics conversations. This assertion is usually followed by an accusation of arrogance and a rebuke to walk me back to a proper agnostic posture. It’s as if one’s claim to know is an affront to another’s uncertainty. Why is that? It’s hard to say exactly, but I suspect the underlying motivations are mostly emotional since it is rarely a tenable philosophical position. Let’s take a look at why this phrase ought to be avoided.

What does it mean to know and what kind of knowledge are we talking about? When discussing a controversial topic, it is propositional-knowledge that leads to the above accusation. No one has ever said to me: “I don’t know, but I know you don’t know your wife, or how to ride a bike.” Instead, we are interested here in claims about things taking the form of person S knows that proposition P. So what does it mean for S to know that P? Traditional views of knowledge vary around the notion of justified true belief (JTB.)  In order for S to know that P: S must have justification for their belief, P must be true, and S must believe that P.

The latter two aspects of the tripartite view are relatively clear; you do not know that P if P is false or if you don’t believe it. It is the aspect of justification that is somewhat controversial. What does justification mean? Mostly it is good reasoning for believing something. What does good reasoning look like? A minimalist response called the deontological view (DV) gives us a place to start by placing a low burden on the knower:

Given this view of justification: I know my keys are hanging downstairs if it is the case they are hanging downstairs, I believe it, and I am not obliged to refrain from believing it. What would obligate me to not believe you might wonder? Some other knowledge acting as a defeater would be an example. Say my wife says she sees my keys in the car and not where they usually are. If I trust her assessment more than my recollection, then I am obliged not to believe the keys are where I initially thought they were.

There are more rigorous approaches to justification than DV. In our current culture of scientism, some form of evidence is often a requirement. Does S have evidence for believing that P? Is it good evidence? These controversial criteria are debatable within the discipline of epistemology and not something I want to get into here. Giving the modern skeptic the benefit of the doubt; I’ll concede justification for the kind of knowledge we are discussing requires more than a lack of defeaters obligating me to refrain from believing. I’ll go as far here to say justification requires some positive external grounding — a sound argument based on evidence being a good example. Now that we have set some terms on what knowledge is, let’s move on to the problem.

But let’s imagine S’ took an epistemology class and challenges the justification-claims of S. “Why do you think your keys are hanging downstairs,” she asks? Now S may have all sorts of justification for believing that P (I won’t bore you with examples.) Suffice it to say, S might be justified in believing that P. Therefore, S’ has a burden here because she is making the claim to know S is unjustified in believing that P. That burden is not just difficult to satisfy in the car-keys example, but in your typical real-world discussion of complex and controversial topics as well. Let’s take a look at something more representative to see what I mean.

S claims the universe has a cause of its existence (P). S’ says: “I’ve seen the evidence and arguments and on balance, I don’t know, maybe it does, maybe it doesn’t. I just know you don’t know that it does.” S’ freely admits she doesn’t know if P is true or false. S’ is agnostic on P. After S tries to persuade S’ with arguments Q…Qn, S’ says: “I find all of your arguments unpersuasive.” Now does S’ remaining agnostic and unpersuaded mean S has no justification for believing that P? Not necessarily, and in many cases, not likely.

P1 – Things that begin to exist have a cause.
P2 – The universe began to exist.
P (conclusion) – Therefore, the universe has a cause.

The above deductive argument is valid; if the premises are true, the conclusion follows logically and inescapably. Therefore, if S’ knows S has no justification for believing that P, she must know (at least) Q provides no justification for believing that P. But how could she possibly know this without knowing either P1 or P2 is false or unjustified? She can’t. She cannot logically infer P1 or P2 is false merely because she is unconvinced P1 and P2 are true. Nor can she know the belief of S in P1 or P2 is unjustified unless she knows all of the justification-claims of S for the premises.

What typically transpires while discussing a valid argument like Q is S’ says: “I’m not convinced P1 or P2 is true. So your argument is unpersuasive.” That’s fine; how persuasive Q is to S’ is partly up to S’, but that hardly means Q is unsound, thereby providing no justification for S. With a deductive argument, justification is conferred as follows:

Q provides justification for S if Q is valid and upon S performing their epistemic duty (considering the arguments and evidence) for P1 and P2 find the conjunction of the premises more plausible than its negation.

Of course, this doesn’t mean P1 and P2 are true! Nor does it say the conclusion (P) is true. Keep in mind we are talking about justification, not truth-values. Of course, S’ being agnostic on P1 and P2 may enter into a regress and attack the justification for believing the premises. But this rarely happens and when it does, the problem is merely pushed to the next level down. When S’ fails to ask for the justification from S for P1 and P2, then we know S’ doesn’t know S is unjustified.

I’ve given a somewhat technical explanation as to why the phrase “I don’t know, but I know you don’t know” is usually philosophically untenable. The person who levels this claim doesn’t know if the proposition in question is true or not. Nor do they likely know all of the possible ways you justify your belief. They don’t know if you know or not. Perhaps a more straightforward way to address this kind of unreasonableness would be to respond: How do you know I don’t know? But that approach leaves me little to write on. As for humility: If you don’t know if something is true or not, then just admit it without attacking your interlocutor. The truly humble attitude is: Maybe you do know; I’m just not sure. This response is not only more reasonable; it is more likely to get the other person to consider your position.