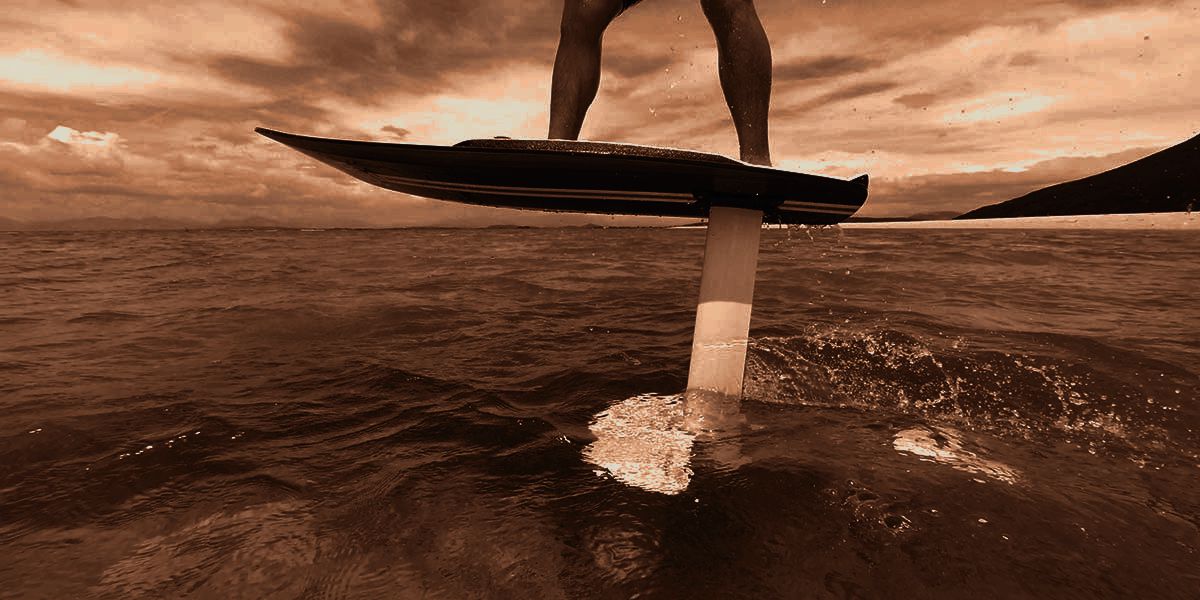 I love flight, from kites and boomerangs to rockets and planes. Theory is fantastic; experience is better. My interest goes as far back as I can remember. Back to age four. I’m not sure why flying things captured me early. Perhaps it was seeing 2001 A Space Odyssey five times before leaving Kindergarten. Most likely, though, it was launching model rockets with dad. Those are my first memories of flight. It was around that time, maybe a bit later, that my grandfather told me life peaks at fifty-seven. After that, it’s all downhill, he said. So, since I am precisely that age as I write this, I figured now might be a good time to inventory my adventures. Yet still, I hope to enjoy flying things on the downhill leg.

One of my earliest memories happened at a ball field near St. Petersburg College. I was maybe six or so. My dad routinely took me to this park to launch model rockets. We always drove over in his white 67 Beetle. It was reliable enough, and the car battery could fire the ignitors. One afternoon we tested a new three-stage Saturn-V replica. It was a model of the Apollo 11 rocket that went to the Moon, the same one I saw from the deck of the Dulcinea in the Atlantic at age five. I remember the black and white replica being as tall as I was. Yet thinking back, I must have been taller.

After successfully recovering the first launch, we noticed a damaged second-stage fin. Knowing what I know now, we should have packed it in. Yet, my dad went for a relaunch even in its impaired state. What happened next was a bit of a blur. The first stage worked, but the second turned the model rocket into an air-to-ground missile. Part of the fuselage went into a ditch and the nosecone into someone’s house. We hastily loaded the VW and took off. That day we lost a smaller version of what successfully made it to the Moon and back.

My first stunt kite in the late 1970s was a Peter Powell MK. The MK is a fully maneuverable two-line diamond-shaped kite with a distinctive long tail. I spent countless hours on St. Pete Beach, antagonizing the seagulls with this kite. By placing it low at the edge of the wind window, you can park the kite 40 yards away from a Seagull’s flightpath. Then, as the gull works slowly upwind on the other side of the wind window, one quickly steers the kite to intersect at upwards of 30 MPH. As a pre-teen, I can assure you this is endless fun, though, probably not for the seagull. However, in all of my attempts, none of these agile flyers were injured.

I moved to more advanced stunt kite flying in my late teens and early twenties. I owned a carbon fiber Peter Powell delta wing kite with a top speed of 90 MPH! This kite generated a howling buzz in high winds. Its sound and speed were so intimidating that no one dared to park underneath when I flew it on the beach. I’d routinely clear the beachfront in my vicinity with this kite. When looping in high winds, it rotated so fast that you would lose sight of its orientation. In such conditions, when you pulled out of a loop, you could easily crash if you weren’t careful. And that was precisely its fate. An impact into the ground shattered the carbon spars. 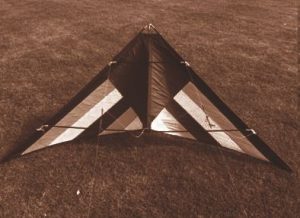 I also owned a sizeable 8-foot delta with 200-pound test lines. You had to wear wrist straps to fly it. My wife-to-be, who also enjoyed flying, got dragged down the park on her belly until she finally freed herself before reaching some powerlines. That same day, a man in a wheelchair witnessed our activities and asked if I wanted to have a ride across the field in his chair. That seemed like an expensive mistake in the making, so I declined. But, he insisted that the aluminum frame was indestructible. So I took him up on his offer and rode the wheelchair under kite power. After a hundred yards or so I spilled out. It seemed that the stranger loved this more than I did.

I also designed miniature hot air balloons. I went through dozens of iterations and finally landed on an efficient model. It was surprisingly simple: create a base using plastic drinking straws and fix it to the bottom of a cheap garbage bag. I say cheap because this usually meant thinner and lighter. A small flower-looking shape made from aluminum foil sat at the center of the frame. This element held a cotton ball soaked in 90%-grade alcohol, which powered the balloon for miles. One day my brother and I launched one in Savannah, Georgia. A mishap resulted in a flaming cotton ball falling back to earth and setting the bushes on fire at my apartment complex. We rushed over, and by the grace of God, there was a working water hose nearby. The two of us put out the flames and quickly got out of sight before getting caught.

In my late twenties, I learned to throw boomerangs. I started with a small left-handed kit containing a few custom-made throwing sticks. One day, while I was at the park practicing, a man approached me and offered to train me. He was a nationally recognized thrower and generously took me under his wing (pun intended.) It took me a few years, but I got pretty good by my early thirties. Eventually, I had a wide assortment of boomerangs in multiple shapes, styles, and sizes, made from plastic, wood, aluminum, and carbon fiber. I owned left-handed sticks primarily but had a few right-handed versions as well. 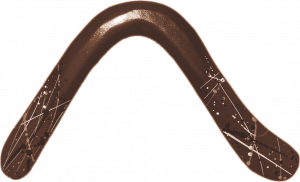 I could throw with either hand and keep two in the air simultaneously. I learned to catch a boomerang, which is surprisingly dangerous. A broken finger is not uncommon at some point in your progression. Even though the theory of boomeranging is fascinating, it pales compared to seeing one in flight. I can watch a professional throw for hours. But it takes a healthy arm to pull it off. Unfortunately, age and injuries prevent one from keeping this sport up. I can still throw, but nowhere near as well as twenty years ago.

By the time my daughters were able to run around outside, we were good friends with another couple from church. They also had two kids, and we dads were interested in model rockets. So, during the manageable Spring and Fall months in Florida, the families gathered for long hours at the greenway, where we picnicked and played with rockets. The kids made up the retrieval crew, charged with running downrange to catch the returning crafts landing by parachute. Rockets launched at angles helped to burn off calories. One rocket had a cabin where an unlucky lizard went where no reptile had gone before. Craft beers, good food, frisbees, and bocce ball added to some spectacular days.

I decided to delve into remote-control (RC) planes in my early forties. I flew gliders for a while and learned to follow the vultures into thermals on warm afternoons. It is rewarding to capitalize on free energy and keep the large-winged craft aloft until you get tired of flying. I also flew high-speed delta wings. I was zipping around the sky at just under 100 MPH one day at the greenway. I lost control and crashed deep in the woods. I followed the only trail out and miraculously found it unscathed, resting on a bush. A woman intercepted me halfway in the open greenway as I cheerfully walked back with plane in hand. I was expecting her to congratulate me on my recovery, but instead she scolded me. Despite the crash being a quarter of a mile away, it was apparently a severe threat to her. Though her attitude caught me off guard, the Prius with copious stickers on the back explained a lot. Eventually, her type won out, and RC planes were banned there.

At forty, I decided to learn to write music, having almost no experience. This objective turned out to be a significant challenge and an even greater reward. So when I turned fifty, I thought I’d have to raise the bar. I remembered seeing a kiteboarder in the bay near Gulf Coast State College in Panama City. I was blown away (again, pun intended) by his jumps. Kiteboarding had to be the ultimate sport for me, I thought. It turns out I was right. My first lesson was with a Russian who barely spoke English. I was flying a 14-meter kite in the Atlantic by the end of the class. All of the previous stunt kite hours had paid off. Worn out from the four-hour adventure, I drank Red Bull to stay awake while driving back to the hotel, only to pass out after dinner. But I was unequivocally hooked.

I cannot tell you how many gallons of saltwater I have swallowed, and every drop has been worth it. It took a year before I could kite upwind — arguably the most significant milestone in kiteboarding progression. Before this point, ending your session results in the walk of shame back upwind to where you entered the water. Before we built our house on the Gulf of Mexico, I was kiting off the property. One day I entered the water at a neighbor’s house, intending to exit at our new location. But as the session went on, I found myself slowly heading back to where I started. It made all the previous falls and water up every orifice worth it. I cannot describe how exhilarating it is to go against the same wind powering your motion.

Today I am kite foiling, and everything flight-related has come full circle. This next level in the progression has an airplane under the water while you glide silently above the surface. You fly a kite while soaring like a glider, where a turn is a bank, just like in aerial flight. You control crafts in two different fluids, both air and water. But unlike sailing, it is a sail in motion, disconnected by razor-thin lines. Kite foiling has the elegance and complexity of boomerangs. You can trek out and back to the same point and where a gentle shift of the wrist is a drastic change in course. It is peaceful and exhilarating at the same time. It often occupies your thoughts when out of the water. I am so thankful to have experienced this mode of flight along with the other exemplars over the years.