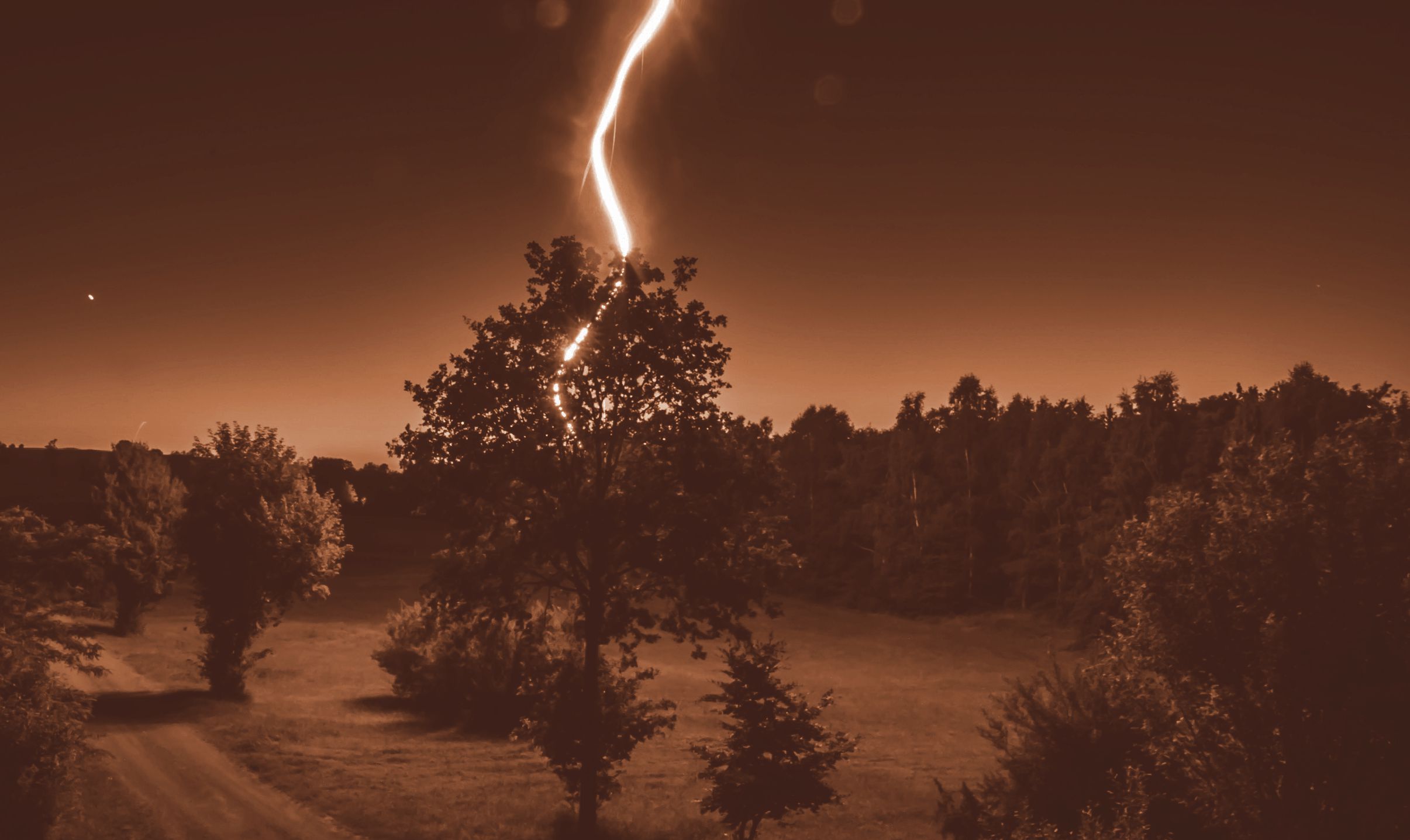 My worldview has seen considerable change. I grew up in a home where faith was never discussed or practiced. I hung around mostly irreligious friends. I practically never went to church. Raised in a single-parent family, my grandparents were prominent role models. We played chess and cards together, and I have many fond memories. But we never dug deep into any topic. My grandfather was a staunch pragmatist who introduced me to science on Christmas day at the age of ten. My indoor pursuits were set. There were no role models or rules for the outdoors, only forts, friends, and mischief.

As a young man, I had my last conversation with Granddaddy at a St. Petersburg, Florida diner. He emphasized that morning the importance of being practical and rational. Sadly, he died not long afterward from cancer, leaving me with little beyond the tools of worldly success. Even so, being successful seemed like the right path at the time. It was upon this foundation my worldview was built.

Somewhere along the way, I was introduced to Christianity. I don’t recall the details, but I joined my best friend for a few Sunday morning services. It’s no surprise, a handful of hours in the church do not stack up against years of secular pursuits and influences. By the time I reached my mid-twenties, I had shed most of my openness to anything supernatural. In my late twenties, I was firmly nontheistic. I was never an activist who promoted atheism. I did not go around, pushing for God’s nonexistence. I was more of a condescending weak-atheist. If asked to summarize my position, I would say: “God probably does not exist, but whatever works for you makes little difference to me.” Though I could describe the Christian Gospel in theory, I believed it was a harmless delusion in reality.

I did not expect the extreme worldview makeover on my horizon. I thought things were going exceedingly well. My career in software development was taking off. I met my wife and married her at the age of twenty-eight. We had just built a new house together. Surely this was what my grandfather meant by success. No question as to what I believed at the time: I was the master of my fate; I was the captain of my soul. So when marital trouble arrived, I did not view it much differently than any other problem. Find a solution and implement it. With enough knowledge and effort, I thought I could face any problem and solve it. But it did not turn out that way. I reached a point at the age of thirty-one when I knew my marriage was terminal. I could not undo the damage. I thought at the time divorce was inevitable, and this change in perspective opened the door to a broader view.

My rebirth happened one night as I was contemplating the sale of our house. My wife had moved out, and I was at home alone. A Florida thunderstorm rolled in that evening as I was lying in bed brooding over things. Suddenly a nearby lighting-strike knocked the power out. As I lay there, I began to realize how much of my life was really beyond my control. Being in charge of one’s destiny seemed utterly foolish as I stared into the dark that night. I thought there had to be a higher purpose which transcended my matter-of-fact life. I remembered back to my childhood and the Christian message, especially the sacrifice of Jesus and the reconciliation with God for those who believe. While I dwelt on that thought, it was like a light switch turning on. It happened that fast. What seemed untrue and irrelevant before was now real and consequential. As quickly as the lightning had taken out the power, I was transformed.

With transformation came a mission. I went to a nearby church and met with the pastor. I didn’t know he would become a mentor to me over the next decade. He explained some of the basic tenets of Christianity, and we prayed together. I also tracked my wife down and brought her home. We spent the next year rebuilding our relationship. Almost thirty years later, and our marriage is as strong as ever and full of blessings, including two beautiful daughters. But returning to just a few months after becoming a follower of Christ, my wife and I joined a study group together. One evening we were talking about faith and reason, and I emphatically proclaimed they were utterly incompatible. I half-jokingly professed how my left brain would handle logic, and the right half would be in charge of my new faith. At the time, I honestly believed the two domains did not intersect. What I omitted that evening was how unsatisfying this arrangement was for me. I thought it was just a burden I would have to carry. Yet I was on a mission, a path with Christ I had no intention of deviating from. A little intellectual dissonance was something I thought I could work out later.

A book by C. S. Lewis was a young woman’s response that night to my proclamation of the incompatibility of faith and reason. It was titled “The Problem of Pain,” and looking back, it hardly seems like a proper first-choice. But it did the trick. After reading Lewis and several other excellent writers, I was excited to learn of the congruity between Christian truth-claims and a reasoned view from science and philosophy. My previously perceived conflict was a matter of ignorance. This was so liberating that I dove headfirst into studying how to unite the real aspects of my previous worldview with the Christian faith.

The book Reasonable Faith, by William Lane Craig, was a significant growth point. It not only dealt with many of my misunderstandings, but it also helped me put faith and reason into their proper role. I also learned about the reality of doubt. The truth is; anyone with a substantive worldview will encounter epistemic tension and conflict. I certainly had to deal with this as a nontheist, and I still do as a Christian. But today, I enjoy a significant unity between how I see the world through the special revelation of the Christian faith, and how I see things through the deliverances of reason. I have learned that there is compatibility.

It is a misconception that apologetics is only suitable for pre-evangelism: Tear down the roadblocks to the Gospel, and more will be saved. Remove the obstacles at the doorstep, and the door will be opened. To be sure, this happens. But my testimony tells of another aspect of apologetics. You may have heard the parable of the sower in Mark 4, where some of the seed fell on rocky soil. In such conditions, the roots cannot take hold, and the plant dies under the slightest environmental pressure. The same goes for a faith that is not integrated well into one’s worldview. Apologetics helps to till the soil and tear down the fictions which prevent the flourishing of our faith. In the same parable, other seeds fell among the thorns which choked the plants springing up. I believe today these are not just worries and temptations, but ideas. Apologetics plays a critical role in clearing away falsehoods so our faith can grow with less impediment.

In conclusion, I offer a warning. As much as I appreciate the benefits of philosophical study over the last twenty-five years, I also recognize some pitfalls. As a new apologist, I couldn’t wait to annihilate atheist arguments. But I have since learned nothing ever good comes out of a heated engagement. Today I rarely debate staunch unbelievers unless there are third-party observers who may be persuaded by polite and rational discourse. Merely winning arguments is not profitable. On the other hand, discussing philosophical issues with honest seekers using 1-Peter-3 gentleness and respect has proven beneficial.

All of this being said, we ought to consider how we devote our time. Spending a disproportionate amount in apologetic activities, neglecting other Christian disciplines, is a mistake. It has, in the past, taken me out into the arid desert for a dark night of the soul where one yearns for a single draft of living water. We should not neglect meeting with the Saints for encouragement and worship. Debating online or posting a blog is incomparably disappointing to one moment in God’s presence. But if God occasionally chooses to use an apologetic approach through me, I’m good with it.